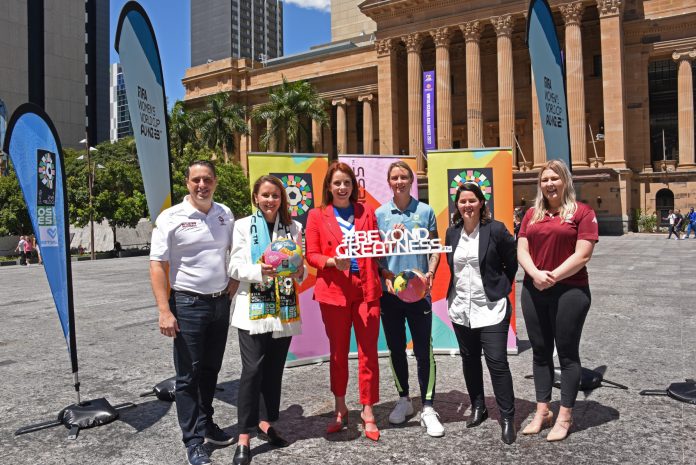 Thousands of FIFA Women’s World Cup 2023 volunteers are needed across Australia and Aotearoa New Zealand; volunteers will have an integral part to play in making the tournament a huge success; apply today here.

Volunteers will play an important role in welcoming the world to the FIFA Women’s World Cup 2023™, giving locals across the Host Cities a chance to share their knowledge and culture with participating teams and visitors.

To celebrate the launch, several activities are taking place across various Host Cities in the coming weeks, each recognising local football community volunteers, and encouraging people to sign up to be part of the tournament next year.

“The Volunteer Programme is an opportunity for the community to get up close to the action and behind the scenes of the biggest women’s sporting event in the world. We look forward to welcoming our volunteers to the team in 2023,” she said.

Volunteers will be the public-facing team on the ground, representing the FIFA Women’s World Cup with pride, enthusiasm and respect. Volunteers will be assisting in stadiums, training venues, FIFA Fan Festival sites, hotels, transport hubs and airports, and roles run throughout the tournament starting from 25 June to 22 August 2023.

A variety of positions covering 25 specialist areas including match operations and referee support, to media, broadcast and drivers are on offer.

Jane Patterson, FIFA Women’s World Cup 2023 COO (Aotearoa New Zealand) said: “The FIFA Women’s World Cup 2023 brings together so many diverse people and cultures. We’ll be delivering a world-class event to a global audience, so if you want to be part of history, and gain a once-in-a-lifetime experience we’d encourage you to apply through the FIFA volunteer platform.”

For more information on how to apply, click here.

To be eligible to volunteer for the tournament, applicants must be 18 years or older by 1 June 2023 and speak at least intermediate-level English. Volunteers will need to be available for at least 10 shifts between 25 June and 22 August 2023.