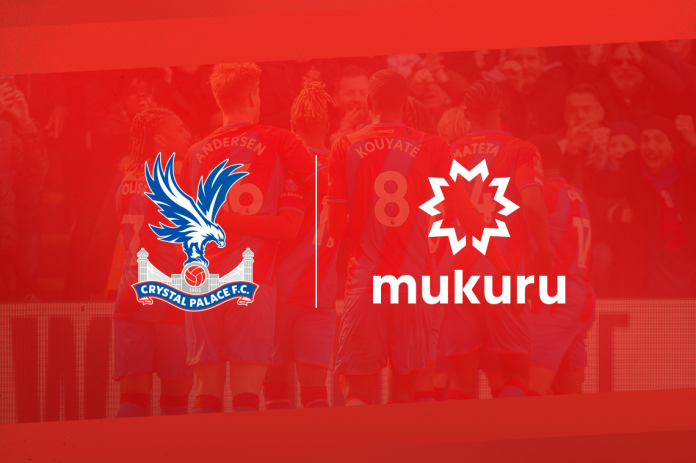 Mukuru, the leading next-generation financial services platform catering to Africa’s emerging consumer, has announced a series of sports sponsorship deals aimed at boosting brand awareness while demonstrating the company’s commitment to excellence, as well as its recognition of Africa’s rising global stature in both fintech and sport.

Mukuru will be a shirt sleeve sponsor of English Premier League side Crystal Palace for the 2022/23 season, while it simultaneously struck a naming rights deal for the top Malawi Super League Team, The Mighty Wanderers FC, and a sponsorship arrangement with Springbok legend Tendai “The Beast” Mtawarira.

Mukuru, which has built a formidable business serving remittances for expatriate Africans, has more than ten million customers and has completed more than 100-million transactions since its inception in 2004. Mukuru’s core business was built by offering international money transfers and, from this base, Mukuru developed a set of services to address the broader financial needs of its customers around the world.

The English Premier League is one of the most-watched soccer leagues in the world, with a massive following across Africa and the African diaspora. Palace’s squad boasts several key players who represent African countries, including Wilf Zaha, Jordan Ayew, Jeff Schlupp, and African Cup of Nations winner Cheikhou Kouyate. The sleeve sponsorship will bring the Mukuru name onto the television screens of millions of Africans around the world.

Mukuru CEO Andy Jury says: “The Premier League is home to a wide range of very talented African players who have left their home country to pursue their dreams elsewhere. This inspires the Mukuru customer to continue to pursue their dreams and fills them with the belief that their journey from their home country in pursuit of a better life can result in something beautiful.”

However, Africa’s love for soccer extends beyond the premier league, and the continent itself is host to passionate leagues, teams and fans. “We are excited to have struck a deal, in consultation with the Football Association of Malawi, with one of Malawi’s top Super League teams, the Mighty Wanderers, and with the naming rights, they will be called the Mighty Mukuru Wanderers,” he says.

“Mukuru is a business that puts the customer at the centre of everything we do. Our essence and passion lie in helping to solve problems for Africa’s emerging consumers and uniting people across the world. This passion drives the way we do business, the way we communicate with our customers and the way we choose partnerships.

“Soccer is the most supported sport on the African continent, uniting people globally, and our customers identified Crystal Palace as one of the teams they support. A team with several African players and an iconic African coach, Patrick Viera, who our Mukuru customers look up to and resonate with. We are excited to be associated with Crystal Palace, a well-respected and prestigious premier league team. The sponsorship places Mukuru on an international stage, further entrenching our global presence, operating in over 50 countries around the world.

Barry Webber, Commercial Director of Crystal Palace, says, “This is a really exciting partnership for Crystal Palace, and we’re thrilled to welcome Mukuru on board. “As a club, we are incredibly proud of our links with the African continent, which were encapsulated by midfielder Cheikhou Kouyate winning the African Cup of Nations earlier this year. This partnership will help us to continue to expand our international fanbase, and Mukuru joins us at a fantastically exciting time for the club, both on the pitch and off of it.”

Beyond the Crystal Palace deal, Mukuru wanted to demonstrate that even though the English Premier League represents the pinnacle of soccer achievement, local leagues on the African continent are also home to incredibly passionate and proud players and fans. “Malawi, which is one such example, also happens to be an important market for Mukuru, as Malawian expatriates all around the world use the service to send money home to their loved ones. Malawi is home to millions of passionate soccer fans, and the opportunity to sponsor a Malawian team came at the right time to demonstrate our passion for home-grown success stories. We are excited at the prospect of having our name soar in the Malawian Super League,” says Jury

Outside of soccer, sports of all types are important to Africans, and sport is often seen as a stepping stone to a better future. Mtawarira was born in Harare in 1985 and attended Churchill School for five years before being spotted by the Peterhouse Boys School scouts and being offered a rugby scholarship. His playing career in Zimbabwe saw him shine, including in the popular Rugby Sevens code.

His talent landed him in South Africa, where he played for the Sharks in Durban. He made his Springbok debut in 2008 against Wales and is today a naturalised South African citizen. His career culminated with a standout performance in the triumphant 2019 Rugby World Cup final against England. From humble beginnings, at a time when the Zimbabwean economy was under huge pressure, Mtawarira went on to become a highly respected global star and Roc Nation Sports International client. “The Beast”, as he is affectionately known around the world, is a hero figure and role model of unity, power and commitment, all underpinned by sporting excellence, says Jury.

“Mukuru started in my homeland in Zimbabwe and what this brand does is amazing in the way it connects Africans all around the globe, giving them the ability to provide for their families back home. I remember a certain time when I was trying to provide for my mom and family back home in Zim and Mukuru is that solution, making it easy to send money back home. Another thing that I love about the Mukuru brand is that it has a Pan-African approach, as I identify as a Pan-Africanist at heart myself. This brand is truly something special” says Beast.

According to Andy, “Beasts’ journey resonates with many who believe anything is possible with a commitment to excellence and access to opportunity.”

Mukuru is a leading Next Gen Financial Services Platform in Southern Africa that offers affordable and reliable financial services to a customer base of over 10 million across Africa, Asia and Europe.

With over 100 million transactions to date, our core was built providing international money transfers and from this base, we’ve developed a set of services to address the broader financial needs of our customers. We now operate in over 50 countries and across 300 remittance corridors.

We are a business that puts the customer at the centre of everything we do, and for that reason, we serve clients across physical and digital channels, by various payment methods (cash, card, wallet) as well as a range of engagement platforms including WhatsApp, USSD, contact centre, App, website, agents and a branch and booth network.

Mukuru has been named one of the FXC Intelligence Top 100 Cross-Border Payments Companies in 2022. Mukuru is listed as one of the top eight global, independently owned businesses in the remittances space

The New 9Konfam Package by 9mobile: All You Need to Know

College Spotlight Series: What it is like to Study in Covenant University?