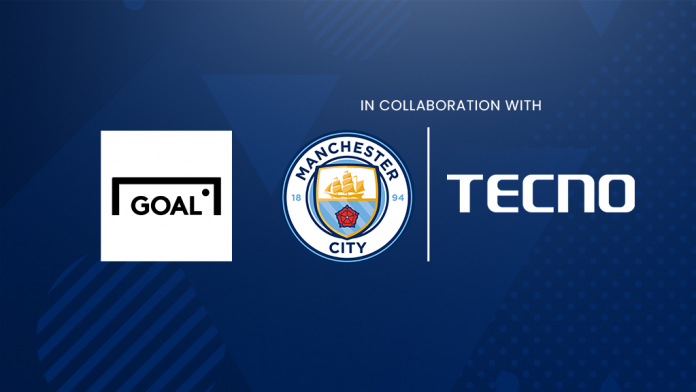 Inspired by the success of last season, TECNO Mobile and Manchester City FC have once again partnered with Footballco, in their pursuit to find two football enthusiasts from the media fraternity.  Footballco is the world’s largest football content creation and media strategists’ entity. As a part of this campaign, journalists from India will be offered an opportunity to work as trainee correspondents and write for Footballco’s GOAL website, covering the reigning Premier League Champions. The content created by the trainees will be published across GOAL’s global and Indian editions, as well as social channels with a reach of over 57 million.

The collaboration with Footballco is an extension of last season’s association, which resulted in two trainee reporters creating more than 368 pieces of content, which reached more than 34 million fans and generated 5.6 million video views.

This year, content created by the trainees will be published across GOAL’s global and Indian editions and social channels, which reach an audience of 57 million each month in India and provide valuable experience to young trainee journalists looking to break into the highly competitive field of football journalism.

Andy Jackson, VP Global Football Partnerships at Footballco said: “This campaign provides so much, not just for Manchester City and TECNO Mobile but for the young fans who will get the chance to not only cover their favourite team but to also acquire lifelong skills by working on writing, creating video content and planning from GOAL’s teams of local and global journalists.

“It’s also a huge compliment to work with the club and TECNO again after such a successful campaign last season that made a real difference to those taking part.”

Stephen HA, Managing Director of TECNO Mobile said: “We are thrilled to see the success of last season’s campaign and initiate the campaign for the second consecutive year together with Manchester City and GOAL. It not only inspires but also cements our total commitment to always motivate and provide genuine support to young people in global emerging markets to take challenges, to find creative ways to achieve their potential and to never stop pursuing excellence.”

To enter the contest, fans are tasked with creating a 60-second video about Man City’s forthcoming match against Liverpool on 9th April.

Fans will be able to submit their applications from Monday, March 14th until 27th March when the application process closes.