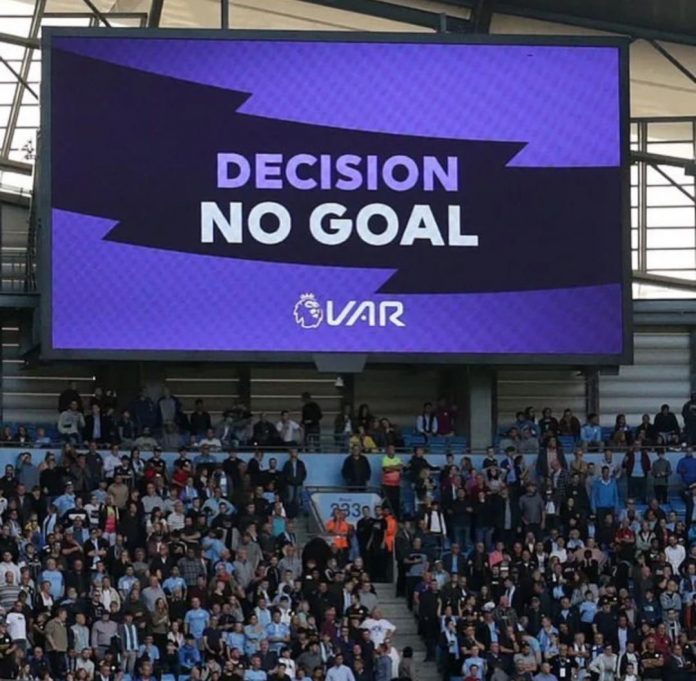 Euro 2020, began on June 11 with matches in 11 major cities across Europe. The tournament is nearly over with the final match between Italy and England on Sunday night at Wembley stadium.

From the opening match between Italy and Turkey, you may have noticed the use of VAR to make certain decisions during the games. All through the past matches in Euro 2020, viewers were shown the offside lines on television screen when making offside decisions.

The video assistant referee (VAR) is a match official in association football who reviews decisions made by the head referee with the use of video footage and headset for communication.

Video assistant referee, VAR eliminates human error of refereeing and aids the official to make a good decision. VAR technology has been an important tool used since the beginning of the UEFA Euro 2020 tournament.

Chairman of UEFA’s referees’ committee Roberto Rossetti announced that the new rule should allow for more ‘freedom’ to players, he said: “The way the law has been rewritten is more according to the spirit of football and gives players the freedom to play football.” VAR must now prove their is clear evidence before a goal is ruled offside.

VAR in action during Euro 2020

The VAR officials are based in UEFA ’s headquarters in Nyon, Switzerland with direct communication with the referee during each match. VAR checks across matches played from the group stage to the quarter final:

Sterling dribbling through Demark defenders in the penalty area was brought down and the referee called for a foul. This lead to a penalty being awarded although the decision by the referee wasn’t reviewed by VAR.

Harry Kane penalty at extra-time which was saved by Kasper Schmeichel and later brought about the goal that sent England to their first ever European Championship final.

This match caused controversy and dividing opinion about the use of VAR but football’s first use of video technology is here to stay. It has brought about a digitalisation of football, where data and technology is used to improve performance and decision-making.

MTN teams up with ETAP to reward Nigerians for good driving