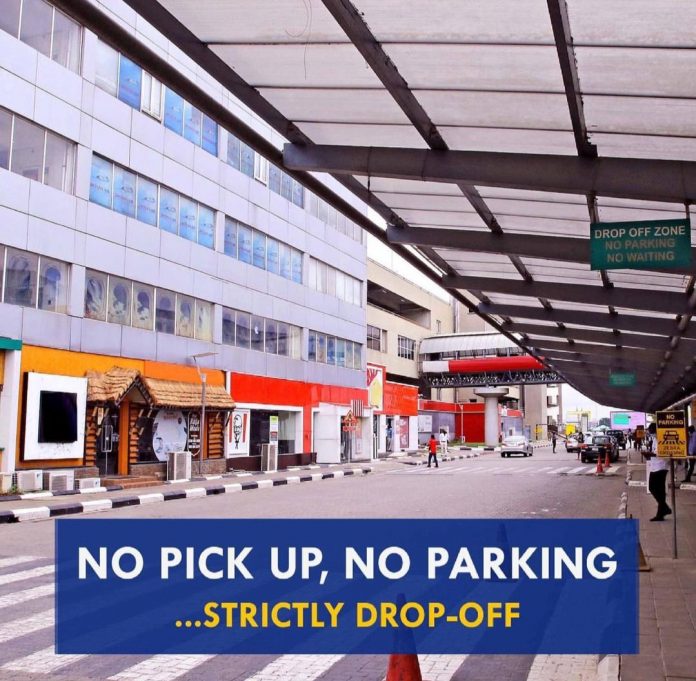 Bi-Courtney Aviation Services Limited (BASL), operator of the Murtala Muhammed Airport Terminal Two (MMA2) has advised travelers and others using the terminal to avail themselves of the rules guiding passengers pick up and drop at the terminal.

The rules, according to BASL, are aimed at restoring sanity to the Drop-Off Zone area of the terminal, and also part of the strategic moves to ensure that safety and security of all terminal users are not subjected to undue risk.

In a statement signed by the Group Corporate Affairs Manager of BASL, Mr. Mikail Mumuni, and made available to journalists in Lagos, the terminal operator stated that a number of factors necessitated the resolve to enforce the rules regarding the original design of the terminal, which include operating the Drop-Off Zone strictly for what it is meant for.

Explaining further, he said the Drop-Off Zone was designed to cater for out-bound passengers and other terminal users only while in-bound or arriving passengers are meant to use the Arrival parking area and the Multi-Storey Car Park, stressing that both outbound and inbound passengers were not meant to cross path.

He noted that in the light of recent happenings around airport facilities across the globe and consistent with BASL’s position of always complying with international best practices, the Management has concluded plans to enforce the rule, in a bid to further ensure that passenger safety is guaranteed and potential security threats are nipped in the bud before they occur.

It would be recalled that the Federal Airport Authority of Nigeria (FAAN) also recently issued rules guiding dropping off and picking up of passengers at all airports nationwide.

BASL Ag. Head of Business, Mr. Raphael Uchegbu, while speaking on the development, noted that airport facility anywhere in the world is a highly efficient industry, where there is zero tolerance for security and safety breaches.

According to Uchegbu, “the business of aviation is a highly sensitive one and BASL is a highly efficient organization. The proposed enforcement is in line with BASL’s policy of giving no room for lapses, especially on matters relating to passengers comfort, safety and security, since the commencement of operations at Murtala Muhammed Airport Terminal Two (MMA2) 14 years ago.”

Also speaking on the process, BASL’s Head of Parking Services, Mrs. Ajoke Yinka-Olawuyi, noted that the enforcement of the rules is expected to improve seamless passenger facilitation and bring about new experience at MMA2.

She stated that creating sound traveling experience for passengers at all times is the hallmark of most modern airport facilities around the world, including MMA2, hinting further that, “our services are top-notch and from time to time, we work hard to create quality experience for our esteemed customers. Particularly with issues revolving around safety and security, we try as much as possible to operate our facility in line with laid down guidelines, and international best practices.”

What is the Smartest Way to Send Parcels & Earn in Nigeria? – Kiakia Africa Technologies LTD