A Travel Guide to Badagry: Top 10 Places to Visit 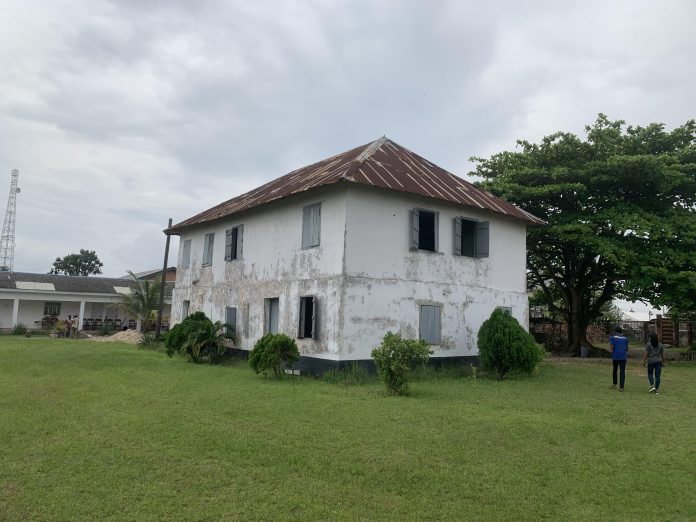 Badagry is a coastal town in Lagos State, Nigeria, known for its rich history and cultural significance dating back to the pre-colonial period. This review will highlight why Badagry is a great place to visit. Our tour of Badagry includes a visit to some of the town’s historical landmarks, such as the First Storey Building in Nigeria, Badagry Heritage Museum, Vlekete Shrine, the Seriki Abass Slave Market, the Point of No Return, Badagry Slave Route, Slave Port Badagry, Mobee Royal Family Original Slave Trade Relics Museum Badagry, Badagry Slave Market Museum International, and the Agia Tree Monument. Other activities and attractions in Badagry might include visiting local markets, trying traditional Nigerian foods, artefacts and relics from the slave trade era and participating in cultural events depending on when you visit.

If you want to learn more about the history of the slave trade in Nigeria and across Africa this is the place for you. You can also explore the town’s natural beauty, including the beautiful beaches and the mangrove forests along the coastline. But first, it is always a good idea to research and plan your trip in advance, and leave early if you plan on a one-day trip.

Thanks to an invitation from Cway Group Nigeria, I had the pleasure of visiting Badagry for the first time in October. For those planning a trip to Badagry, here is a guide about my tour experience and the top 10 places visited to help you decide if Badagry is worth the visit:

Badagry was founded around 1425 by the Egun people who migrated from Ajah-Tado in the present-day Benin Republic. They are industrious, courageous and painstaking people from for main stocks namely, Whedahs, the Whlas, the Whemes and the Ga/Ewes. The building, which currently houses the Heritage Museum, was a former District Officer’s office during the colonial era, built-in 1863.

Today, the building has now been converted into a museum that is open to the public, which carries a compilation of slave trade artifacts, relics and pieces of information, and it includes exhibits and educational programs that help visitors learn about the history of the slave trade and its legacy.

The first-storey building in Nigeria, one of the most iconic buildings in Nigeria, was built in 1845 by Reverend C.A Gollmer. According to Gollmer, the house is built of sound African wood, principally of what we call brimstone. It is ten feet raised from the ground on twenty-six stout and durable trees, called cabbage trees and a species of the coconut tree, and on nine other smaller trees. The length is forty-four feet and the breadth is twenty-six feet.

The building also houses the first safe in Nigeria which currently contains cowries, the first money spent in the olden days and the first notes used by Nigerians in 1973.

Slavery which is officially said to have started between and 1400 to 1807, has occurred in many forms throughout the world. The slave trade was a brutal and inhumane practice that involved the capture, transportation, and sale of millions of African people to be used as forced labour in different parts of the world.

Badagry slave route is the route of the journey to an unknown destination. The slave route represents a series of historical sites in the town of Badagry, Nigeria that is associated with the transatlantic slave trade.

4. Gberefu Island – Point of No Return in Badagry

The name “Point of No Return” refers to the fact that once enslaved Africans were brought to Gberefu Island, they had no choice but to embark on the treacherous journey across the Atlantic Ocean. Many of these individuals never returned to Africa and were forced to spend the rest of their lives in slavery. It is popularly called the point of no return because this was the last place where slaves from the area last set foot on African soil.

The Brazilian Baracoon of Seriki Williams Abass, also known as the “House of Slaves,” is a historic site in the town of Cachoeira, Brazil.

“Baracoon” a Portuguese word, which means slave cell or prison, is a compound with 40 slave cells. Each slave cell was used to keep 40 slaves who would stay there for days before they were taken to “the Point of No Return”.

The baracoon, or slave house, was used to hold enslaved Africans before they were shipped to plantations and other destinations in Brazil and other parts of the world. The site is named after Seriki Williams Abass, who was a prominent slave trader in the region during the 19th century.

In a public notice, the descendants of Seriki Williams Abass stated that “They regret and are very sorry for the role and involvement of Seriki Ifaremi Williams Abass in the transatlantic slave trade in West Africa, either by force or by choice.”

The museum contains a collection of artifacts and exhibits that illustrate the history of the slave trade and its effects on the people of Africa. These include items such as chains and shackles used to restrain slaves, slaves drinking water bowls as well as documents and other artifacts related to the trade.

Slaves on their way to the Americas were given water from the well to forget their home and cut their psychological ties to Badagry.

The well is a small, deep pit that was used to hold enslaved Africans before they were shipped to different parts of the world during the transatlantic slave trade. It is called the “Spirit Attenuation Well” because it is believed that the confinement and harsh conditions of the well were meant to break the spirit of the enslaved Africans and make them more compliant and easier to control.

Badagry Slave Market Museum International, also known as, the Seriki Abass Slave Market Museum, is a museum located in the town of Badagry, Nigeria. The museum is dedicated to preserving the history of the transatlantic slave trade and its impact on the people of West Africa.

The museum is located on the site of the former Seriki Abass Slave Market, which was a major hub for the slave trade during the colonial period. The museum features a number of exhibits and displays that provide visitors with a detailed look at the history of the slave trade and its impact on the people of West Africa. These exhibits include historical artifacts, photographs, and documents that provide insight into the lives of slaves and the conditions they faced during their journey across the Atlantic.

Vlekete Slave Market was built in 1502 by the Portuguese and at least 18,000 slaves were said to have been sold at this market. Also at the slave market is the Vlekete Shrine, which was famous for resolving disputes and trying accused individuals during the trade era.

Vlekete is an aquatic deity, believed to be the goddess of the ocean, wind and prosperity. The shrine is as old as Badagry kingdom itself and has been in existence before the king of badagry. Before the slaves embark on a journey, they are taken to the Vleket shrine for rituals and sacrifice because of a safe journey on the water.

Under the historical Agia tree located at Saglo way, Awhajigor quarters in Badagry, Christianity was first proclaimed in Nigeria in September 1842. Reverend Thomas Birch Freeman from Wesleyan missionary first preached Christianity in Nigeria under the Agia tree on the 24th of September 1842. The first Christmas service was jointly held under the tree by both the Anglican and Wedleyan missionaries led by Rev. Henry Townsend and Rev. Birch Feeman respectively on the 25th of December 1842. The tree lived for 300 years and fell on the 20th of June 1959. It was later replaced with a monument.

The guided tour to Badagry will help visitors learn more about the history of the slave trade and its legacy. The tourist sites and museum is a valuable resources for those interested in learning about this dark period in history and its ongoing impact on the world today. I certainly would recommend going out of your way to see it if you live in Lagos or plan to witness and see things yourself. However, if you stay far away and expect the tour to be fun, then it’s not worth a visit.

Thank you for reading and happy exploring!

Contents on this website may not be republished, reproduced, or redistributed in whole or in part without due permission or acknowledgement.
.
Proper acknowledgement includes, but is not limited to (a) LINK BACK TO THE ARTICLE in the case of re-publication on online media, (b) Proper referencing in the case of usage in research, magazine, brochure, or academic purposes.
.
All contents are protected by the Digital Millennium Copyright Act 1996 (DMCA).

The images, except where otherwise indicated, were taken by Yinksmedia

Should Your Pension be paid in Crypto or Local Currency?