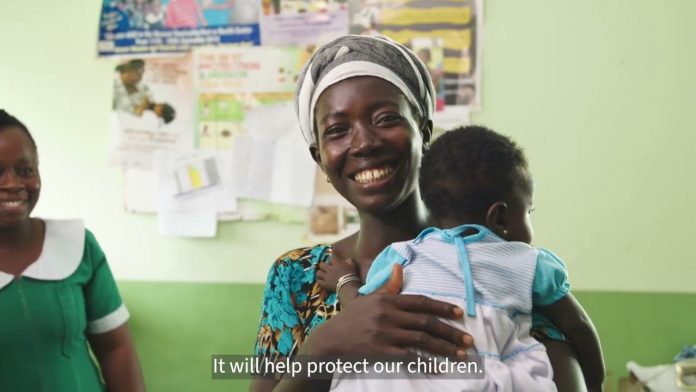 More than 1 million children in Ghana, Kenya and Malawi have received one or more doses of the world’s first malaria vaccine, thanks to a pilot programme coordinated by WHO. The malaria vaccine pilots, first launched by the Government of Malawi in April 2019, have shown that the RTS,S/AS01 (RTS,S) vaccine is safe and feasible to deliver, and that it substantially reduces deadly severe malaria.

These findings paved the way for the historic October 2021 WHO recommendation for the expanded use of RTS,S among children living in settings with moderate to high malaria transmission. If widely deployed, WHO estimates that the vaccine could save the lives of an additional 40 000 to 80 000 African children each year.

More than US$ 155 million has been secured from Gavi, the Vaccine Alliance to support the introduction, procurement and delivery of the malaria vaccine for Gavi-eligible countries in sub-Saharan Africa. WHO guidance is available to countries as they consider whether and how to adopt RTS,S as an additional tool to reduce child illness and deaths from malaria.

“As a malaria researcher in my early career, I dreamed of the day we would have an effective vaccine against this devastating disease,” said Dr Tedros Adhanom Ghebreyesus, WHO Director-General. “This vaccine is not just a scientific breakthrough, it’s life-changing for families across Africa. It demonstrates the power of science and innovation for health. Even so, there is an urgent need to develop more and better tools to save lives and drive progress towards a malaria-free world.”

More on the RTS,S malaria vaccine and the pilot programme

WHO guidance is now available to countries as they consider whether and how to adopt the RTS,S vaccine into their national malaria control strategies. The WHO recommendation for the vaccine was recently added to WHO’s consolidated malaria guidelines, and WHO has also published an updated position paper on the vaccine.

To date, in routine use, the vaccine has been well accepted by African communities. Demand for the vaccine is expected to outstrip supply in the near to medium term; current vaccine production capacity stands at a maximum of 15 million doses per year, while demand is estimated to exceed 80 million doses annually.

WHO is working with partners to increase supply through increased manufacturing capacity of RTS,S and by facilitating the development of other first-generation and next-generation malaria vaccines. To guide where initial doses of the vaccine will be deployed, WHO is coordinating the development of a framework for the allocation of limited malaria vaccine supply; the aim is to prioritize areas of greatest need and highest malaria burden until supply meets demand.

The RTS,S pilot programme is made possible by an unprecedented collaboration between in-country and international partners, including Ministries of Health of Ghana, Kenya and Malawi; in-country evaluation partners; PATH, GSK, UNICEF and others; and the funding bodies of Gavi, the Global Fund and Unitaid.

The RTS,S malaria vaccine is the result of 30 years of research and development by GSK and through a partnership with PATH, with support from a network of African research centres.

How to get your Covid-19 Vaccination Certificate in Nigeria

Unveiling the Infinix Hot12: Fast, Fun and a Trendy Vibe